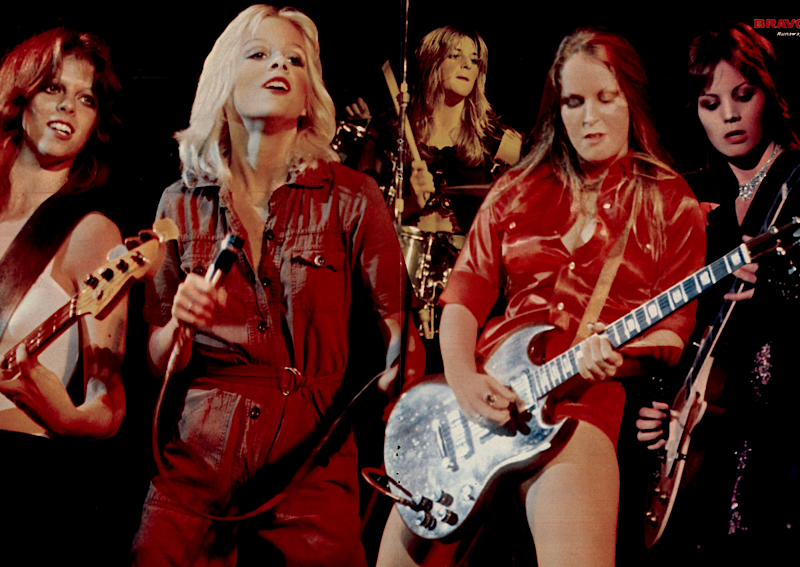 The Runaways were an all-female teenage American rock band that recorded and performed in the second half of the 1970s. The band released four studio albums and one live set during its run. Among their best-known songs are “Cherry Bomb”, “Hollywood”, “Queens of Noise” and a cover version of the Velvet Underground’s “Rock & Roll”. Never a major success in the United States, the Runaways became a sensation overseas, especially in Japan, thanks to the hit single “Cherry Bomb”.