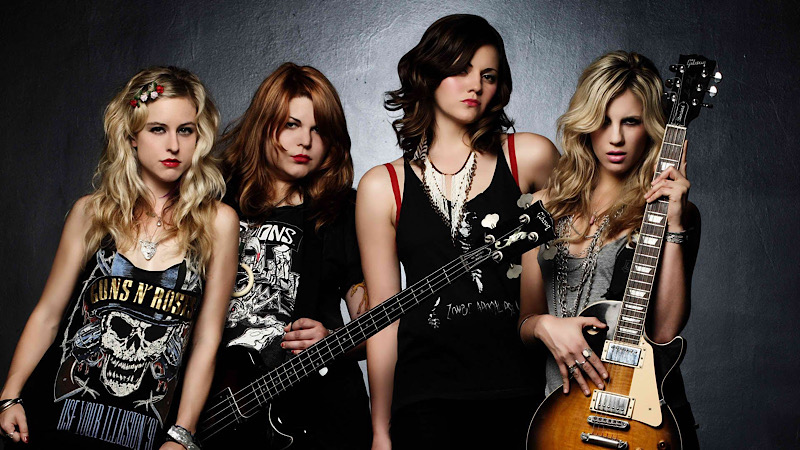 The legend begins in a Palo Alto junior high school in Northern California where four self-described “dorky pre-teen girls” form a rock n’ roll band at the age of 13 in 1993, under the influence of KISS, Motley Crue, and the Ramones. Over the course of the next 16 years, eight ever-evolving, critically acclaimed rock n’ roll albums are released. The Donnas jet-set the planet several times over to an ever-expanding, international fan base of rabid “Donnaholics.” From Palo Alto to the stages of Letterman and Saturday Night Live, to the pages of Rolling Stone and the cover of Billboard, The Donnas have grown up to become one of the best female rock groups of all time.