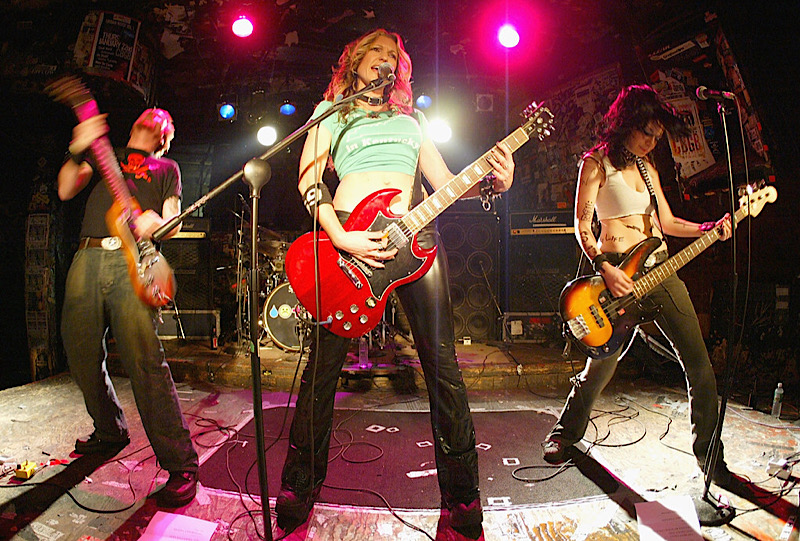 Slunt (often written as SLUNT) is an American hard rock band that formed in New York City in 2002. Comprising lead singer and rhythm guitarist Abby Gennet, lead guitarist Pat Harrington, bassist Ilse Baca and drummer Charles Ruggiero, the band has released two albums: Get a Load of This in 2005 and One Night Stand in 2006.

Guitarist and vocalist Gennet began writing songs in 2000, hiring drummer Charles Ruggiero and bassist Adam Small – both musicians from a “jazzfunk” background – to form Slunt in 2002. As Gennet moved focus to vocal duty, the band enlisted lead guitarist Pat Harrington after Gennet saw him with his previous band, Gaggle of Cocks; Jenny Gunns replaced bassist Small shortly after. The band later changed their bassist again, when Ilse Baca was hired after a week of “Slunt boot camp” which ended in “her final audition” – a concert “in front of a bunch of screaming Brits”. She was temporarily replaced for the majority of 2006 by bassist/backing vocalist Jhen Kobran formerly of Halfcocked for the band’s next album One Night Stand and all live performances/touring for that year. Baca returned for touring in 2007.