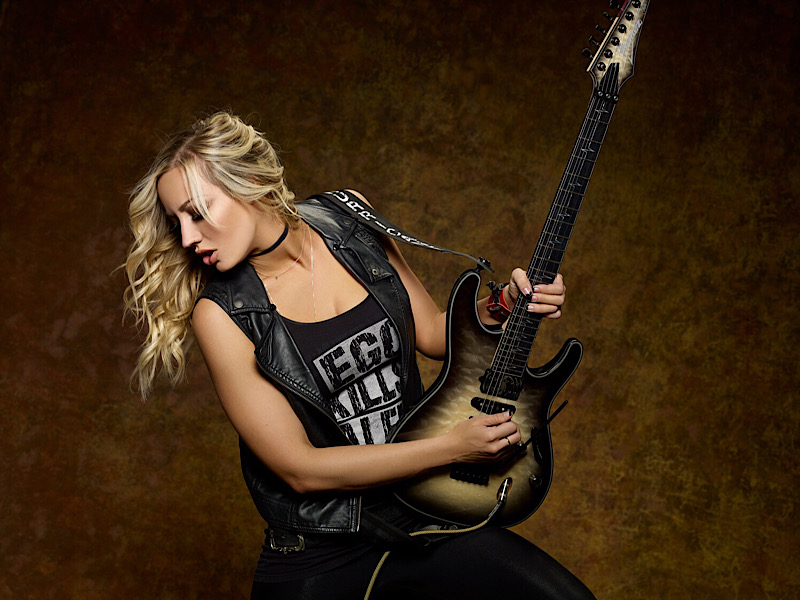 Los Angeles born guitarist Nita Strauss has become a force to be reckoned with in the music world, dazzling audiences across the US, UK, Europe, South America, Asia, Australia and Africa. Most fans will recognize Nita as Alice Cooper’s touring guitarist of the past 5 years, but she has also played with R&B star Jermaine Jackson, early MTV darlings Femme Fatale, video game supergroup Critical Hit and popular tribute band The Iron Maidens. Her skill, exuberant stage presence and love for all things about her instrument have earned her a stellar reputation in the music industry and endorsements including Ibanez Guitars, Marshall Amplification, DiMarzio pickups, Monster Energy and more.