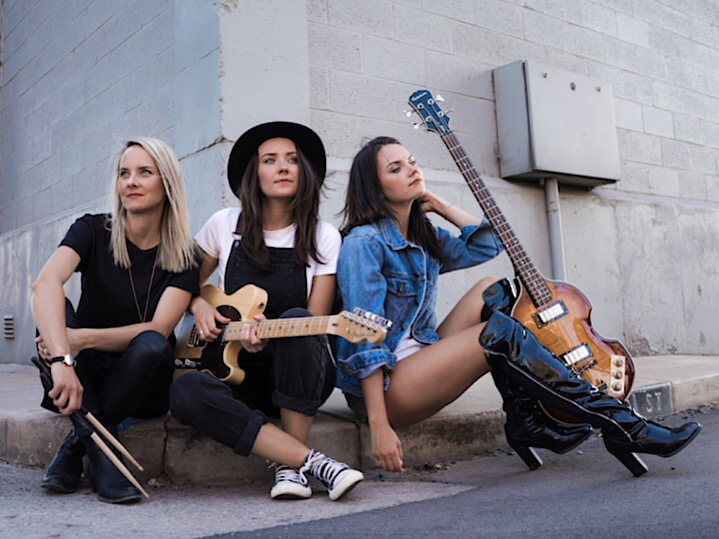 Australian sister band GERMEIN – Georgia, Ella, & Clara Germein – grew up jamming together on their family farm in Adelaide. Raised on the records of B.B. KING, VAN MORRISON, & CAT STEVENS – their Dad played trumpet in a New Orleans rhythm & blues band, sparking the girls love for loud, feel good music they could dance to

The sisters spent a majority of their childhood outside exploring their family’s bushland property, looking after animals, as well putting on little concerts for their parents, grandparents, and friends when they’d come visit. The trio enjoyed busking together on the main street of their local town – Georgia on violin, Ella on cello, and Clara on piano or saxophone – while their younger brother handed out bunches of lavender to passers-by, and later on joined them on the trumpet.

Georgia, a gifted songwriter, won her first of seven Young Composers Awards at the age of eleven. In high school, as her calibre of songs increased, she sought after creating a band to tour her songs. She taught herself the guitar, while Ella taught herself the bass, and as nobody played the drums yet – Clara – who was working as a surfing instructor at the time, taught herself the drums.

Inspired by the harmonies of bands like QUEEN and FLEETWOOD MAC, the trio began playing local venues and crafting their own unique brand of indie pop. Taking the lead from strong female artists including HAIM, CHVRCHES, and TEGAN & SARA their energetic and charismatic live show started turning heads.